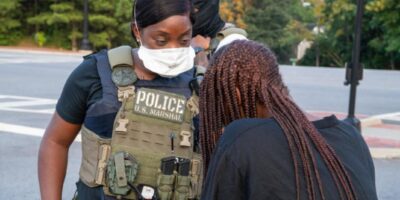 The U.S. Marshals Service found 39 missing children in Georgia over two weeks in a mission known as “Operation Not Forgotten,” the agency announced in a press release Thursday. The operation led to the rescue of 26 children and the safe location of 13 others.

“These missing children were considered to be some of the most at-risk and challenging recovery cases in the area, based on indications of high-risk factors such as victimization of child sex trafficking, child exploitation, sexual abuse, physical abuse, and medical or mental health conditions,” the press release reads.

“Other children were located at the request of law enforcement to ensure their wellbeing,” the release continues. “USMS investigators were able to confirm each child’s location in person and assure their safety and welfare.”

“When we track down fugitives, it’s a good feeling to know that we’re putting the bad guy behind bars. But that sense of accomplishment is nothing compared to finding a missing child,” Darby Kirby, chief of the Missing Child Unit, said in a statement.

“We are working to protect them and get them the help they need,” he said.

“The message to missing children and their families is that we will never stop looking for you,” director of the Marshals Service, Donald Washington, said in a statement.