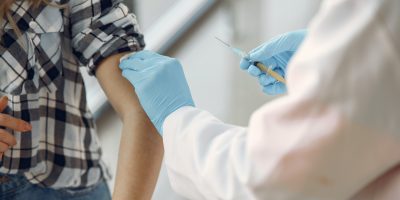 Two governmental agencies in the U.S. are recommending a pause in the use of the single-dose Johnson & Johnson COVID-19 vaccine “out of an abundance of caution,” as they investigate reports of dangerous blood clots.

In a joint statement Tuesday, the Centers for Disease Control and Prevention (CDC) and the Food and Drug Administration (FDA) revealed they are investigating unusual blood clots in six women.

To date, more than 6.8 million doses of the J&J vaccine have been administered in the U.S., most with mild or no side effects, according to the statement. But in these six cases, a type of blood clot called cerebral venous sinus thrombosis was seen in combination with low levels of blood platelets.

All six cases occurred among women between the ages of 18 and 48, and symptoms occurred 6 to 13 days after vaccination.

COVID-19 pandemic ‘a long way from over,’ WHO Chief warns

The European Union’s drug regulator also recently investigated reports of unusual blood clotting from AstraZeneca’s COVID-19 vaccine, but later concluded that the benefits of the vaccine outweigh its risks.

They did, however, say that rare blood clotting events should be listed as a possible side effect.