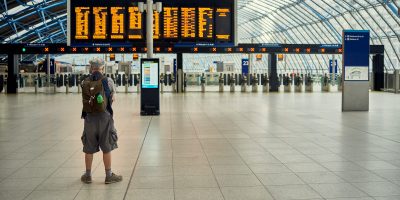 Prime Minister Justin Trudeau thinks vaccine passports are likely going to happen for international travel and are “naturally to be expected” as part of the pandemic.

Speaking to reporters on Tuesday, Trudeau said the federal government is “very carefully” looking at the prospect of a vaccine passport system for international travel.

“As was the case pre-pandemic, certificates of vaccination are a part of international travel to certain regions and are naturally to be expected when it comes to this pandemic and the coronavirus. How we actually roll that out in alignment with partners and allies around the world, it’s something that we’re working on right now,” said Trudeau.

Trudeau told reporters back in March he was reluctant to introduce a system of vaccine passports in Canada because of lingering concerns about inequities – but such a system might be necessary for international travel.

Trudeau said people wouldn’t get vaccinated for many reasons, but not necessarily through a personal or political choice, but rather valid medical reasons.

EU officials have said they’re completing plans to allow Americans back this summer, depending on the course of the outbreak on both sides of the Atlantic.

The EU Commission, the EU’s executive arm, will make a proposal soon to its member states but didn’t say when exactly leisure travel could resume or whether a reciprocal approach will apply to Europeans wanting to visit the U.S., which has closed its doors to tourists from the continent.

Also, it was not immediately clear whether all U.S. tourists would have to produce proof of vaccination for entry, or whether a negative test for the coronavirus or proof of recent recovery from COVID-19 would be acceptable instead.

The Biden administration announced in late March that the U.S. government is studying the feasibility of adding Covid-19 vaccination records to international immunization cards, and have them digitized.

Shortly after the Biden administration issued that executive order, they released a statement saying there will be no federal vaccinations database and no federal mandate requiring vaccine passports.

“The government is not now, nor will we be supporting a system that requires Americans to carry a credential. There will be no federal vaccinations database and no federal mandate requiring everyone to obtain a single vaccination credential,” White House press secretary Jen Psaki told reporters.

“Once health information gets into the hands of third parties you never know where it will end up,” Ann Cavoukian, the former privacy commissioner of Ontario, told Politico.

“Whenever you have a crisis, a terrorist incident, a pandemic, anything, privacy measures are put aside,” said Cavoukian. “We’ve got to preserve our privacy, it forms the foundation of our freedom and it’s essential we preserve it now and well into the future, the direction this stuff is going in challenges that.”