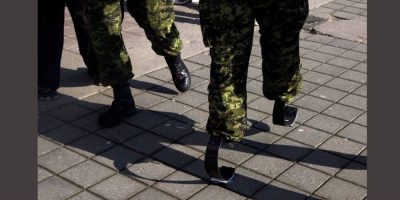 The federal government is failing to keep its promise to care for veterans, Canada’s auditor general declared on Tuesday as she called for a real plan to ensure ill and injured ex-soldiers aren’t forced to wait months and years for the support they need.

Karen Hogan’s scathing indictment came amid the tabling of a new report in Parliament that found disabled veterans continue to face unacceptably long wait times and delays in finding out whether they qualify for federal assistance and benefits.

“I’m really left with the conclusion that the government failed to meet a promise that it made to our veterans, that it would take care of them if they were injured in service,” Hogan said during a news conference after the release of her report.

“This has a real consequence on the well-being of our veterans and their families.”

The finding comes despite a number of recent government initiatives designed to ensure veterans aren’t forced to wait months and sometimes years for Veterans Affairs Canada to process their disability claims.

Those initiatives were in response to growing anger and frustration from former service members, veterans advocates and others as wait times have continued to explode, resulting in a backlog of more than 40,000 unprocessed applications.

The measures in question include the hiring of hundreds of temporary staff over the past few years, as well as efforts to cut red tape and lean more heavily on digital tools.

While Hogan in her report noted the introduction of those measures, she found that many are still in development while Veterans Affairs was unable to actually assess the impact of those already in place.

The auditor general took particular aim at the Liberal government’s hiring of hundreds of temporary staff to eliminate the backlog, saying the approach has had little impact in part due to high levels of turnover as people look for more stable jobs.

The result is that not only has Veterans Affairs largely failed to eliminate the backlog, it has been unable to even keep up with the claims that continue to stream into the department in steadily increasing numbers.

“They can’t address the backlog, let alone keep up with the increased demand,” Hogan told reporters. “So it really is time to have a more stable, long-term view of how to process these applications.”

While the auditor general did not specifically identify what such a long-term plan would look like, she did emphasize ensuring Veterans Affairs has enough resources — including permanent staff — to keep up with the continued influx of claims.

“It’s time to find a more sustainable solution that will see veterans receive their benefits in a timely way,” she said. “After all, it is our veterans who are here to take care of and protect our country and keep peace. The government should do better by them.”

Hogan’s report echoes warnings and complaints from veterans advocates and others that delays in the processing of such claims can have a significant impact on disabled veterans and their families by preventing access to treatment and financial assistance.

Those concerns have steadily grown over the years as wait times and the accompanying backlog have continued to increase, aside from a small decline largely attributed to fewer claims being filed due to the COVID-19 pandemic.

The auditor general lamented the government’s failure to address the overall problem, describing it as one of several barriers that vulnerable Canadians are facing in trying to access federal programs and services.

Banner image: Master Corporal Jody Mitic walks, on his ‘running legs’ past a fellow soldier, as he prepares for a charity run in Toronto in this March 15, 2009 photo. THE CANADIAN PRESS/Chris YoungCHRIS YOUNG