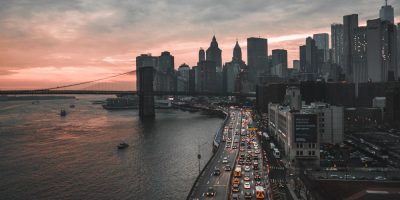 In another step towards fully autonomous ride services, Waymo will begin deploying vehicles to New York on November 4.

Waymo is an autonomous driving technology development company that was formerly known as the Google self-driving car project. The company currently only operates in Phoenix, Arizona and a few other places, but is looking to expand the service to other American cities (and eventually outside the United States).

It is important to note, the first batch of vehicles that are deployed to an area are special human-driven vehicles that map out city streets. So, on November 4 Waymo vehicles will begin combing the streets of New York, getting ready for the full-on autonomous fleet that will arrive soon after.

New York will be a big test for the vehicles. Not only is it the most densely packed city in North America, but it also comes will new weather challenges the vehicles haven’t faced in other locations.

Waymo won’t be the first group of autonomous vehicles to hit The Big Apple, however. Mobileye, a company headquartered in Jerusalem that also develops self-driving cars and advanced driver-assistance systems, recently deployed its own prototypes to New York earlier this year.

Related Tech News: Soon, you’ll be able to book your airport Uber a month in advance

One day, you won’t have to worry about your Uber driver talking your ear off when you just want a peaceful drive home (or maybe you’ll miss it).