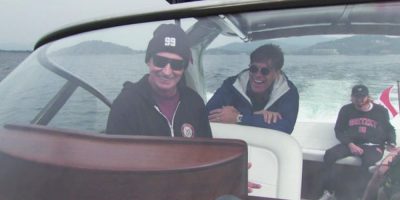 Of all the boats on Idaho’s Lake Coeur d’Alene, you’ll find very few flying the Canadian flag, and even fewer blasting only Canadian pop music. Wayne Gretzky is pretty easy to spot out here, although he’s less comfortable on the open water than he is on the frozen kind.

“People say to me all the time, ‘Do you miss playing?’ Of course, I do,'” Gretzky told correspondent Lee Cowan. “You know, I did it since I was two-and-a-half years old.”

He did for hockey what Michael Jordan did for basketball, or Tiger Woods did for golf. On top of four Stanley Cup championships, Gretzky holds nearly every top record in the NHL. His points total alone – 2.857 – may be the most untouchable record in all of sports.

And yet, when asked about his success, he’s politely Canadian about it all: “I was in the right city, with the right fans, the right teammates, the right coach, the right era,” he said. “If it would have been today, maybe it wouldn’t be the same.”

He doesn’t do many interviews these days, but he still seems to enjoy the part when people scratch their heads in bewilderment about just how he became The Great One.

Cowan asked, “One of the remarkable things that people always talk about, is that you were sort of the non-athlete in some ways. You weren’t necessarily, you weren’t so big …”

“It didn’t sound like you worked out. You just kinda …”

“Yeah, you just were! Which is remarkable. I mean, some people say that’s what makes you even more of an athlete.”

“Well, I played to my strength,” Gretzky said. “My strength was my mind. I was always the smallest guy, right? So, I had to figure out a way to be able to be more successful than those bigger, stronger, faster guys.”

He started figuring that out on an ice rink in his backyard in Brantford, Ontario, one his father, Walter Gretzky, built for him. “He taught me so much more than just being a hockey player.”

He was Canada’s Hockey Dad, and when Wayne lost him this year to Parkinson’s at the age of 82, there was a hole that was pretty hard to fill: “Money didn’t really matter to him; friendships did. Hard work mattered to him. Being passionate, being unselfish. He was what you call a true Canadian.”

His dad was there through his entire career, including the tough moments, like when the Edmonton Oilers traded Gretzky away, in 1988. Canada practically went into national mourning. Gretzky himself was in tears.

But the skill and determination his dad taught him followed him to Los Angeles, where he truly became a king. Gretzky helped grow the sport, even in places that hadn’t seen ice since the Ice Age. For 20 seasons, number 99 thrilled fans, until he finally retired in 1999.

Gretzky drove his dad to his last game, just as his dad has driven him to his first.

“It was the worst decision I’ve ever made in my life,” Gretzky laughed. “The whole way there, he kept hitting me on the leg saying, ‘You know, you could play one more year!’ And I said, ‘Oh my gosh. Dad, I’m done.'”

Few would have blamed him if he did nothing after hanging up his skates. But retirement is a relative term for superstars. He’s owned hockey teams and restaurants. He even has a wine label.

And now, at the age of 60, he’s trying something entirely new: He’s joined TNT as an on-air analyst. His in-studio matchup with friend (and now fellow host) NBA Hall of Famer Charles Barkley almost broke the internet this month.

Gretzky said, “Charles called me every day. Twice a day sometimes. And I said to everyone, ‘Look, I’m not Charles. He’s one of the most lovable people in the world. But if I’m gonna do this, I have to be Wayne Gretzky; I can’t be Charles Barkley.”

He’s not worried, though. After all, he can talk hockey all day long, even on a golf course, where his wife, Janet, is often his worthy opponent.

Son-in-law Dustin Johnson, who married their eldest daughter, Paulina, won the Masters last year, so golf is kind of part of the family.

Gretzky’s wedding to the then-Janet Jones was Canada’s answer to a royal wedding. It made quite a splash, just like she did a few years earlier, as an actress in “The Flamingo Kid.” Some in Canada still blamed her for stealing Gretzky away to Hollywood.

“They also said our marriage wouldn’t work, and here we are, 33 years later,” she said.

“People were just kinda mean about it,” Cowan said.

“They were mean,” Janet said. “But he made me feel like I was beside him, not behind him. And so, he brought me right along with his career. So, I loved it.”

They’re empty nesters now. Their vacation home in Idaho has just about everything – a beautiful view, and a double water slide that is ostensibly there for their visiting kids and grandkids.

His two sons, Trevor and Ty, were there when Cowan visited. They maybe sum up their dad the best. “He loved what he did,” Trevor said. “That’s the biggest lesson he taught us, is if you love something, and you work hard, good things are going to pay off. So, that’s all that matters.”

One of the greatest lessons Gretzky said he learned from his late father was to do everything – no matter how inconsequential – as if it were the Stanley Cup playoffs. So, when Janet dared Cowan, in front of The Great One, to race him down their water slide, he really couldn’t say no. 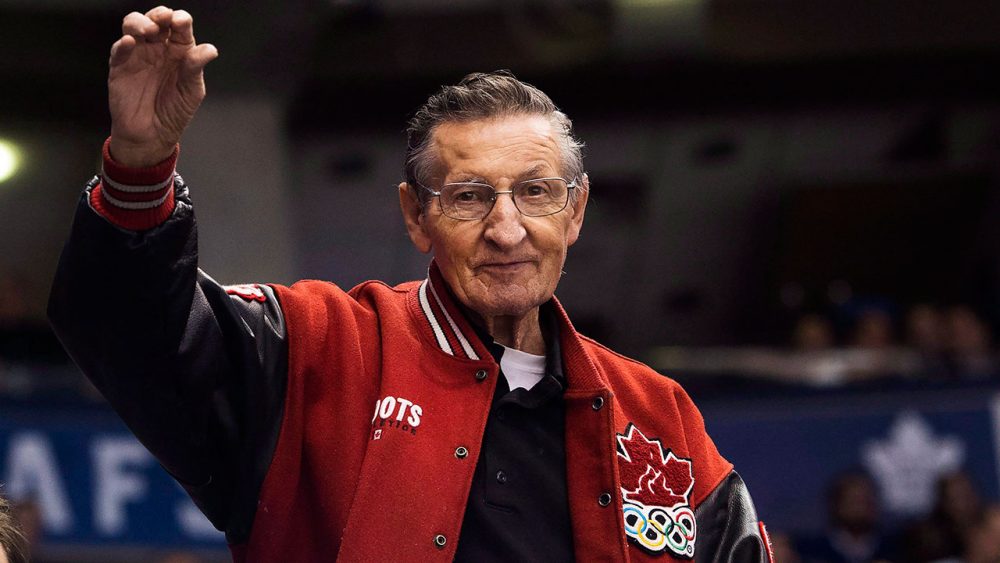