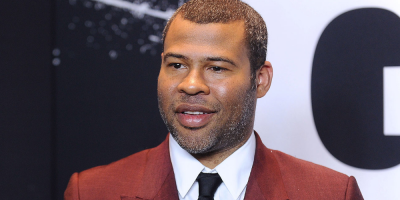 Writer-Director Jordan Peele unveiled a new poster and title for his next film, “Nope”, along with a release date.

Known for his comedic talent and hilarious partnership with Keegan-Michael Key, Jordan Peele exploded onto the directing scene with his debut film Get Out, which managed to be an absolutely terrifying horror movie and deep social commentary all rolled into one. He followed that up with Us, which didn’t quite reach the heights of his first film, but was still a fantastic horror movie in its own right.

His new film will be called Nope and while the plot kept tightly under wraps, we do know it will see Peele and Get Out lead, Daniel Kaluuya, team up again, along with Steven Yeun and Keke Palmer.

If you aren’t paying attention to Jordan Peele’s directing career, you should be. You’ll be able to catch Nope in theatres on July 22nd, 2022.

Featured image courtesy of The Hollywood Reporter via hollywoodreporter.com