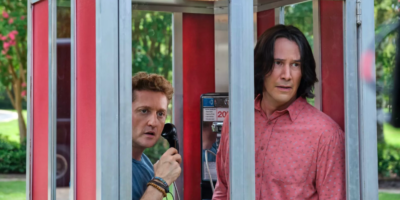 It’s been over thirty years since we first joined Bill & Ted on their excellent adventure (and nearly thirty since their subsequent bogus journey) through time and we finally get to see what the newest adventure has in store.

Bill & Ted Face the Music picks up decades after the first two films with the duo, now in their late 40s, trying to write their masterpiece and fulfill their destiny. Both Keanu Reeves and Alex Winter return to reprise their roles as Bill and Ted and the movie is being directed by Dean Parisot, director of films like the criminally underrated Galaxy Quest.

Bill & Ted Face The Music is set to release this summer but does not have an exact release date. I guess we’ll have to wait and see whether or not it will be releasing in theatres or going straight to the digital route.