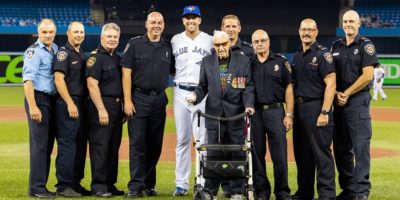 Will Dwyer isn’t letting Covid-19 pandemic restrictions keep him from his goal. Last year, the 94-year-old Barrie man accomplished his long time target of raising $1-million for the Terry Fox Run, and he plans to keep going.

On September 20, Will plans to ride his scooter in his retirement home for 5km, all in effort to get closer to his re-vamped goal of $2-million.

This is Will’s 40th Terry Fox Marathon, and definitely the most unique. Due to pandemic restrictions, organizers have planned a “One Day. You’re Way” event. Participants can walk, run, and yes, even scooter around their homes or street.

Last year, right after Will reached his goal of $1 million, he announced he would try raising $2-million.

Will plans to be at the Barrie Farmers Market every Saturday until September 20, drumming up donations.

His son Robert says until a month ago, Will was only able to get out of his home for Doctor visits, so its great news to be able to get out a little more and head over to the farmers market to see old friends and supporters.

The 40th annual Terry Fox Run is September 20. For more information on how to donate visit terryfox.ca/willdwyer 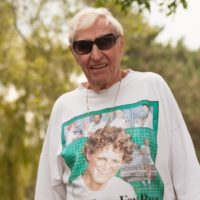