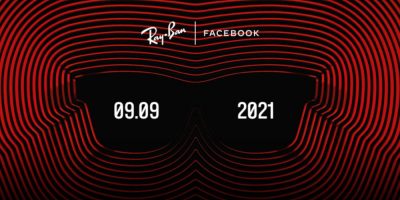 Do you remember Google Glass, the ill-fated smart glasses that quickly fell out of mainstream culture and didn’t really amount to much? Well, Ray-Ban and Facebook are teaming up to see if they can make a better pair.

The full announcement is set for later today (September 9) but a few images have leaked ahead of schedule:

Whether the images are real or not, very few details about the glasses have been released, but we do know they will not have screens built in for AR functionality. They have two cameras on either side, a button on the frame, and that’s about all we know.

Related Tech News: Mercedes-Benz unveiled a cool new car you can control with your mind

With everything in life seemingly becoming smart, it was only a matter of time before wearable tech crept up from your wrist to your face. While Google couldn’t quite figure it out, one of the main criticisms of the old Smart Glass tech was just how goofy it looked. With Ray-Ban on board, that will likely not be a problem with the new ones.

If you like to be at the forefront of new technology and are an early adopter, you’ll only have to wait until later today to finally get all the juicy details.