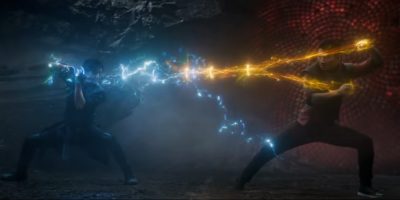 With a strong opening weekend followed by a record-breaking Labour Day and second weekend, Shang-Chi is proving that many people are willing to forgo streaming and see movies on the big screen once again.

Shang-Chi was the first movie set in the Marvel Cinematic Universe to release exclusively to theatres since Spider-Man: Far From Home, all the way back in 2019. While it didn’t manage to snag the record for a pandemic opening weekend (that title still belongs to Black Widow), it did manage to pull in $90 million with the help of Labour Day. It also stayed more consistent, earning another $34 million for its second weekend, the best since The Rise of Skywalker.

Now sitting at $257 million worldwide, Shang-Chi might be slightly behind Black Widow (not to mention Black Widow also had a dual release), but that’s still pretty good for a brand-new character. Reviews for the first Asian-led MCU film are also stellar, with critics and audiences praising it for its spectacular visuals, exciting story, and for containing all the comedy, action, and emotion fans have come to love from the MCU.

Disney has been carefully testing whether to continue with its dual-release strategy, but Shang-Chi has proven that an exclusive theatrical run is still profitable in a post-pandemic world. Fantastic news for theatres and everyone who loves movies as an event.