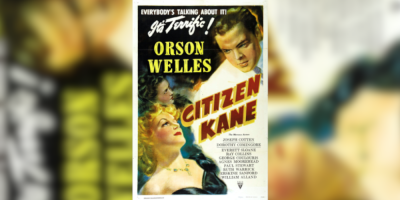 Video distribution and restoration company Criterion is making the leap to 4K and when faced with the decision on what would be its first movie in the new format, what else could it be than Citizen Kane?

Criterion has been restoring important films since 1984, from contemporary movies to classic cinema, so film fans can view them as the filmmaker intended and with tons of special features designed to enhance and encourage multiple viewings.

Criterion is always upgrading with the times, moving from laserdisc to DVD to Blu-ray, and now they are making another jump into the world of 4K. For its first release in the new format, Criterion has chosen Citizen Kane, widely considered to be one of (if not the) greatest movies ever made.

If you (somehow) haven’t seen it yet, Citizen Kane follows Charles Foster Kane and the investigation of the publishing tycoon’s dying words, which reveals conflicting stories about his scandalous life. Released in 1941, Citizen Kane’s beautiful imagery, unique storytelling, and timeless message quickly garnered critical praise and even after 80 years, it’s still an untouchable masterpiece.

For more information about The Criterion Collection and its release of Citizen Kane in 4K, click here.