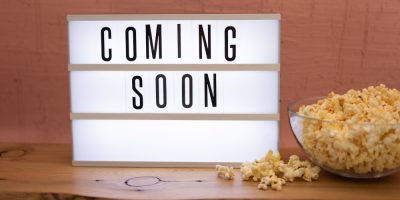 With TIFF kicking off and the Barrie Film Festival right around the corner, film fans have a lot to look forward to in the coming weeks. Whether you’re checking out one of the festivals or not, here are a few of the trailers released over this past week that you really shouldn’t miss.

Following a desperate father trying to protect his sons during an extraterrestrial invasion, this Amazon original film is exciting for many reasons. However, there is really only one reason to see it, and that’s Riz Ahmed. From his Oscar nominated performance in Sound of Metal to matching Jake Gyllenhaal beat for beat in Nightcrawler, if you’re not paying attention to this man’s career, you should be. Encounter will hit theatres on December 3 before being released on Prime Video on December 10. If you want to see it early, you could always check it out at TIFF!

Another movie you can catch early at TIFF, Last Night in Soho got its second trailer this week and it got people even more excited than the first. From the director of Baby Driver and Shawn of the Dead (among many others), this movie is his first foray into pure horror. It stars Anya Taylor-Joy and Thomasin Harcourt McKenzie, who are seemingly sharing the same body in two different time periods. If you can’t make it to TIFF, don’t worry, you don’t to wait too long as this one hits theatres on October 29.

The Many Saints of Newark

The Many Saints of Newark is the movie everything didn’t know they wanted. A prequel to one of the highest-rated TV shows of all time, The Sopranos, the movie will follow a young Tony Soprano in the late 60s and early 70s. What is particularly amazing about this movie is that the lead role will be played by none other than Michael Gandolfini, the son of ate James Gandolfini, who played Tony in the original show. This is the second trailer to be released, so if you missed that one, be sure to check it out too. This one is just around the corner and hits theatres on October 1.

It seems like every A-lister in Hollywood signed up to be in this movie. Following the story of two-astronomers who must go on a media tour to warn the public of an impending apocalyptic event, Don’t Look Up is a dark comedy directed by the guy who created The Big Short, The Other Guys, and Step-Brothers. An early Christmas present, this Netflix film will release on the streaming platform and select theatres on December 24.