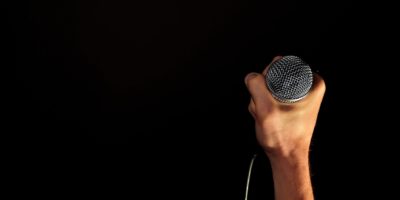 When producing audio Daryl Sarnat would rather turn a knob than click a mouse. “It’s nice to have hundreds of effects at your fingertips but nothing compares to the great vintage stuff, says Sarnat during a tour of his new studio in Barrie’s south end. Sarnat, who had made a name himself in the industry, brought his talents to Central Ontario.

Sarnat graduated from the University of Southern California in 1996 with a Bachelor’s degree in Music Recording, starting his audio career at Sound Chamber Studios in North Hollywood before relocating to Seattle where he worked at Stepping Stone Studios, eventually opening his first studio, Recording Lair, in Olympia, WA, before moving to Ontario, where he later founded Mix11 Studios.

“I recorded in L.A, second engineering things like Beverly Hills 90210, Home Improvement and the Golden Globes.” Sarnat would eventually switch careers and become a Firefighter and advanced care paramedic. “We then decided to open this studio in Barrie to make some extra money and take some time off to spend time with my family….but it’s been blowing up ever since,” said Sarnat.

Sarnat has already had some big names walk through his doors. “Martin Short and Catherine O’hara came in here with the Director of Shrek for animation of the Addams Family…it was pretty cool.”

Barrie is a Hotbed for Musical Talent

“I’ve also recorded some great local bands so far, Barrie is a hotbed of talent.” Since opening their doors, Sarnat and his wife Kelly ( who he credits with creating their recording space) have produced work for local indie bands like the Noolands, hip-hop artists, singer-songwriters and major motion picture voiceover projects like the Addams Family. Sarnat says it’s been a heck of a ride so far. “It’s great, this helps me deal with my obsession for audio.”

Sarnat boasts about having high quality microphones, preamps and outboard gear. “Our hybrid mixing system integrates state-of-the-art digital signal processing with some of the best vintage analog gear ever made (check out our equipment and software). You won’t believe your ears.”